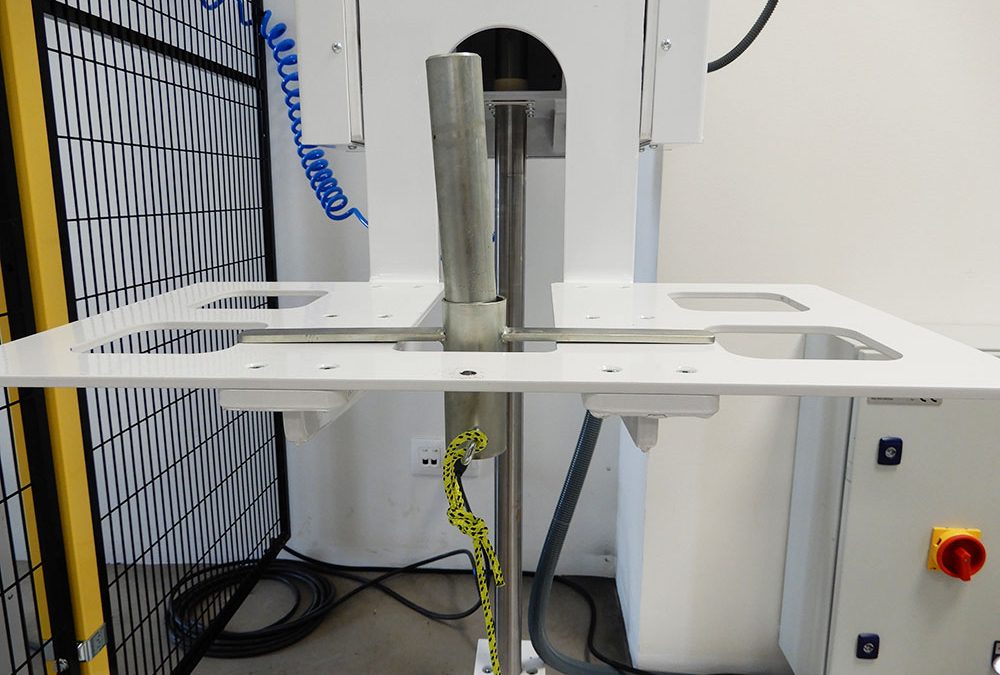 The ASTM D6344 standard is one of the most widespread impact testing methods for measuring the protective capacity of packaging. In this article we will analyze what this standard proposes, its importance and we will look at other standards associated with impact testing.

The ASTM D6344 test method provides the procedures and equipment necessary to determine the ability of the packaging to protect the products inside from low-level concentrated impacts that occur during the handling and transport of goods.

ASTM D6344 also allows the evaluation of whether there is sufficient clearance or support or both between the package wall and its contents to determine the resistance of the package to external impacts. These impacts can be produced by the displacement of an adjacent load hitting another load inside the vehicle or accidental impacts during the loading and unloading of goods.

This impact testing method is particularly suitable for thin corrugated corrugated or lighter grade packaging, and packaging wrapped in plastic solutions, such as stretch film. To obtain a simulation closer to reality, the ASTM D6344 standard indicates that the sample should contain the products that will be transported in the real environment.

The ASTM D6433 testing method provides a normative framework on the procedures and equipment necessary to carry out impact testing on complete samples filled with the products to be transported.

This standard is based on the criteria for acceptance of a sample from ASTM D4169, and the test result assumes that the sample passes or fails. In addition, a record of the energy dissipated by the sample after receiving a low-level impact is established.

The test result of this impact test standard is a pass/fail determination based on the criteria previously established by the standard and a record of the energy dissipated by the specimen after receiving a low level impact. Therefore, if the packaging withstands such a test, it will prove its ability to protect the products inside against impacts.

In addition, ASTM D6344 allows some procedures to be modified according to the needs of the sample, including changing the established distance from which the impacts are performed.

To begin the test, the faces to be tested must be identified. Generally, testing is performed on the faces of the package that are most likely to receive low-level concentrated impacts during distribution. For example, small packages are exposed to all sides, while large containers are subject to impacts on all four vertical sides and above.

If the package is to be transported or stored under specific temperature and/or humidity conditions, it is recommended that climate conditioning tests be performed or inside a climatic chamber. However, if this is not possible, the test should be performed immediately after removing the package from the conditioned environment.

As mentioned above, the test sample should consist of the packaging plus the actual product to be transported. In addition, the sample should be sealed in the same manner as when it goes out for the actual distribution cycle.

Other types of impact tests

During the distribution cycle, it is common for transported products to suffer impacts of all kinds: from those produced by accelerations and decelerations in road transport, which cause packages to shift and hit each other, or due to accidental falls during the handling of the goods, among others.

These impacts jeopardize product integrity, causing up to $1 billion in losses in the United States alone. In addition to concentrated impact tests, there are other impact tests that companies can perform to design and/or optimize packaging.

These tests are used to analyze the strength of a material, study its hardness and determine its brittleness according to the degree of plastic deformation it can withstand without breaking.

The laboratory tests most commonly used in the packaging industry include:

Drop tests: this is one of the most commonly applied tests in the transportation simulation industry, and can be used to find out how vertical and rotational drops will affect the integrity of the package and the products it contains.

These tests are performed using drop machines, specially designed to simulate flat, edge or corner drops using the latest in testing technology combined with modern design. The choice of drop machine will depend on the size and weight of the package you wish to test.

Inclined and horizontal impact test: the purpose of these tests is to simulate the predominant shocks and impacts that affect the safety and stability of a load during transport.

Inclined impact test: through an inclined impact simulation equipment, the load is placed on a platform inclined at 10° and sliding to an impact surface.

The importance of the impact test is that it allows companies to determine, under laboratory conditions, the ability of the product + packaging system to absorb the energy of an impact without compromising the safety of the goods. It is a preventive measure that provides information for designing safer packaging.

Thus, an impact testing machine makes it possible to reproduce the testing methods over and over again to compare different packaging configurations, including different materials or cushioning and filling systems.

Validating the packaging against impacts thus has several advantages:

Standard Test Method for Impact Testing for Shipping Containers and Systems. It includes two methods to carry out impact simulations and is mainly oriented to the testing of loaded containers and palletized unit loads.

Standard Test Methods for Programmable Horizontal Impact Test for Shipping Containers and Systems. It is a testing method for the verification of packaging systems against horizontal impact forces, including rail changeover tests and pallet loading and unloading tests.

Standard Test Method for Performing Programmed Horizontal Impacts Using an Inclined Impact Tester. This impact test standard makes it possible to compare how different samples react and to observe when they fail under the typical impacts of the distribution cycle, together with the crushing forces.

The Standard Test Method for Concentrated Impacts to Transport Packages evaluates the ability of packaging to withstand the force of concentrated impacts from external sources and typical in the distribution environment.

Want to know more about impact testing, the associated ASTM standards and ASTM D6344? At Safe Load Testing Technologies we help companies to find the right packaging solution thanks to our transport simulation technologies. Contact us and let’s talk about how we can help you.

Our team will help you solve any doubt

Do you want to start a project with us?

We help you with the necessary first steps

Impacts, vibrations, compression forces, drops… The route traveled by cosmetic products since they exit the…

Where to buy a compression tester: tips to find the right machine